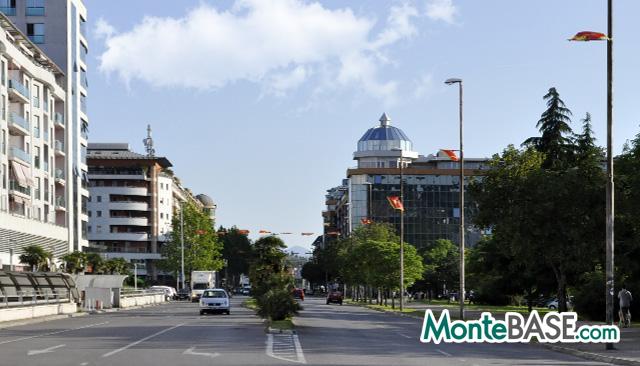 Podgorica - the capital of Montenegro

Podgorica is the capital of Montenegro with a population of more than one hundred and fifty thousand people, located at the hill of Gorica. Podgorica is the main economic, political, cultural and tourist center of the country. Here is the main business infrastructure.

The correct pronunciation of the name of the city is sometimes in doubt. Montenegrins call Pо́dgorica with the accent on the first syllable.

A city with a great history, partly reflected in the names: Birziminum - Ribniсa - Podgorica (from the 14th century) - Titograd - Podgorica (since 1992), barbarously destroyed during World War II and rebuilt and expanded in breadth and up (the Old Town, and on the other side of the new city). New streets, squares, monuments, including Alexander Pushkin and Vladimir Vysotsky, appeared in the city.

Traveling through the Old Town you get acquainted with the old buildings of churches and mosques, the ruins of a Turkish fortress, and moved along the famous Millennium Bridge over the Moraca River, from which you can look at impressive panoramas of the city, you find yourself in a new era with beautiful modern buildings and structures.

Unusual parks, state museums, theaters, the majestic Cathedral of Christ's Resurrection, the Church of St. George, the gallery of Petrovich-Negosha Palaces with the House of Honor Guard, as well as Delta City, Palada, Nikic Center shopping centers, many cafes and restaurants will not allow to get bored even the pickiest tourist .

Podgorica has a modern international airport, and is also connected by railway to other cities of Montenegro: Bar, Niksic, Bijelo Pole. Excellent motorways allow quick access to the tourist center of the Adriatic coast of Budva, to the ski resorts of Zabljak and Kolasin and to other settlements in Montenegro.

Nearby there is a great protected lake Skadar, which has a whole complex of tourist routes, wonderful landscapes of serene nature, islands with magnificent monasteries and churches.

The beauty and unusual grandeur of the Montenegrin capital cannot be described in words, it must be seen. To see and fall in love.